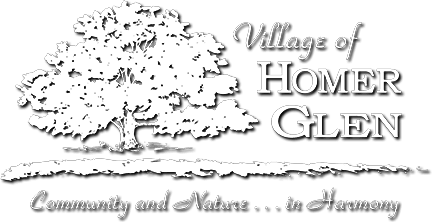 The Village of Homer Glen, Illinois is pleased to announce that the International Dark Sky Association (IDA) has designated the Village as an International Dark Sky Community (IDSC). Including Homer Glen, this highly distinguished honor has only been bestowed on 4 communities worldwide, to date. Homer Glen is the third such community to attain this award in the United States and the first community to do so east of the Mississippi River. The 3 communities that have previously been awarded this distinction are Flagstaff, Arizona, Borrego Springs, California, and the Isle of Sark, UK. The International Dark Sky Community Award from the IDA acknowledges that the Village has been selected as a community that has taken extraordinary steps in recognizing and preserving the natural night.

Homer Glen is a community near a major metropolitan area of nearly 10 million people. The Village recognized years ago that the night time environment is a natural resource to be cherished and protected. The light emitted from cities escapes and covers the night sky destroying the natural dark of night. Millions of people throughout northeastern Illinois can rarely see the billions of stars in the night sky and the majesty of the Milky Way is obscured. To achieve the IDSC award, the Village of Homer Glen demonstrated that it has shown “exceptional dedication to the preservation of the night sky through the implementation and enforcement of quality lighting codes, dark sky education and citizen support of dark skies”.

In 2007, the Village passed a ground breaking outdoor lighting ordinance which became the first stand alone ordinance of its kind in Illinois. The ordinance provides a clear set of guidelines eliminating the need for commercial establishments to compete for visual attention by escalating their outdoor lighting levels. It also requires full cutoff lighting, limits the amount of light that is used on the property, promotes the safety and welfare of pedestrians, cyclists and motorists who all benefit from the reduction of glare, reduces the detrimental effect to wildlife that depend on the natural cycle of day and night for survival and protects neighbors from unwanted light spilling onto their property. These sound environmental policies benefit residents and serve as a positive example for reducing the amount of energy consumed and natural resources used. Additionally, the Homer Glen ordinance reduces both money spent on over-lighting, as well as light projected into the night sky.

In addition to the creation and enforcement of quality lighting codes, Homer Glen is also very committed to community outreach that increases public involvement, education, awareness and appreciation of the night sky. For the past 3 years, the Village, in conjunction with Homer Township, has held star gazing events for the purpose of re-kindling the cultural aspect of the night sky. Twice a year amateur astronomers from 3 local astronomy groups bring telescopes of varying sizes to Homer Township’s Trantina Farm for residents and the general public to see the night sky and learn that the stars are still there…..just hidden behind a haze of light pollution.